An interview with Thijs, an old member

Thijs, one of our engineers, just graduated from highschool. And of course we’d like to congratulate him. Sadly, this means he’s going to leave the team. We’re really going to miss him, and that’s why we interviewed him about his time with FTC.

Laurens: What was it like to join our team for one year, after having left GentleBotz?

Thijs: It was way more fun than I imagined. I was kind of worried about getting to know a whole new team. But thankfully we all became friends very quick.

Laurens: Was it difficult to be part of a team, that was practically new?

Thijs: I already knew Reinier and Dylan of course, but not the others, because those were new. I had the suspicion that you guys already knew some stuff about FTC. You had way more knowledge than me when I started in my first year. When I started I didn’t know what a servo was for example.

At SPACE, everyone has a spot in the team. Everyone does what they like and what they’re good at. At GentleBotz you get a task assigned and you just had to stick to it. But at SPACE everyone just does what they enjoy the most, and if you need help, you can just ask the others.

Laurens: Did you learn new things, even though the team consists of a lot of new member?

Thijs: You always learn new things. For example, you can learn a lot by the diversity in materials. SPACE had more materials than GentleBotz, like electronics and sensors. I had never really worked with that kind of stuff. I really learned a lot by using those. It’s kind of like playing the guitar. In the beginning you learn how to play certain songs, but later on you learn how to write your own.

Laurens: Are there things you didn’t expect from our team?

Thijs: I severely underestimated you guys’s amount of knowledge.

I assumed that it would take a while before we could really start. I though for example that we still needed to learn a few new things before we could begin. However, we were able to start instantly, because the amount of knowledge was so much, and we would learn new things during the season.

Laurens: Do you have any tips for people who are just starting with FTC?

Thijs: I can only answer this for the engineers. You just have to create and try different things. This way, you learn what certain parts are and how you should use them. In the beginning I made things of which I didn’t know what it was supposed to do, and they would fall apart almost instantly. But at the end of the year, I build a robot that played in the semi-finals. 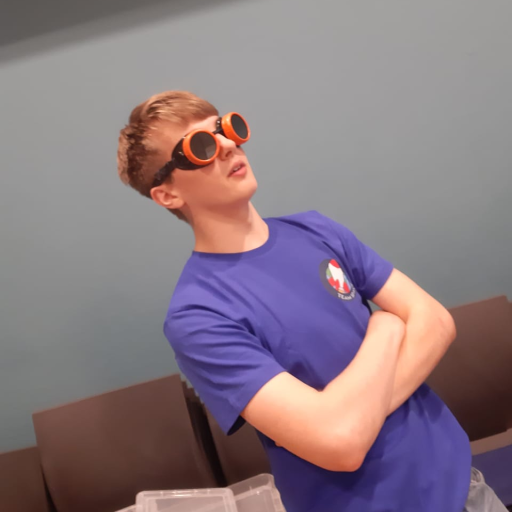 Hey, my name is Laurens. I'm 17 years old, and one of the new members of the team. Programming is one of my hobbies, and it seemed really cool to join Team SPACE. I hope I can help as a programmer, and I also hope I can learn some new things too.

other posts by Laurens